Post-Covid drug use by young people is up 50%. What’s going on and as a Christian parent what should I do?

Mary Deller, Press Officer of the Christian drugs education charity, Hope UK explains what she thinks has been happening. 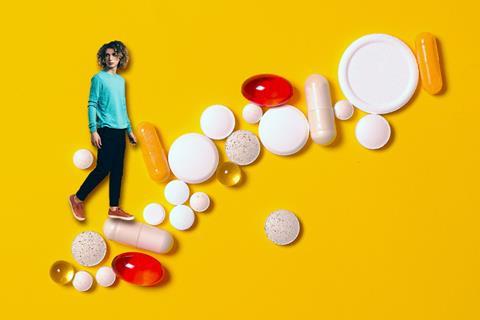 A survey conducted by the Youth charity, The Mix, found that since the ending of Covid-19 restrictions, illegal drug use has soared among young people. One in three young people (aged 16-25) have used an illegal drug in the past 12 months, which equates to around 2.6 million people. This is a dramatic 50% increase compared to 22% in 2021.

Mary Deller: These figures do confirm a trend that we have been observing over the past year. The trend in drug use amongst teens has been going in the wrong direction since 2018 to 19, especially when we’re talking about the use of cannabis and cocaine. So we’re talking illegal drugs.

So why do you think we’re seeing such a rise?

One obvious reason, is during the COVID, 19 pandemic, this age group in particular missed out on two years of education, a critical part of which is vital drug education that they would normally have received in that time. Older teens were isolated at university and college. Others were isolated at home during the lockdowns with very little access to support and no one to talk to. As a consequence, we’ve seen a huge rise in mental health problems amongst young people. And another thing that we do know is that Generation Z [ages 10-25] , are generally much better talking about their mental health. In general, they’re less likely to exhibit risky behaviours in their earlier teenage years. However, with this older age group, we’re seeing is that they’ve been much more severely impacted by the pandemic, hence a rise in drug use to self-medicate, or cope with mental health problems.

Are parents and guardians are aware that their teenager is doing drugs?

Many may be aware, but they may not know crucially, what to do about it, because parents generally feel nervous, ill equipped,and very lacking in confidence around this whole issue of drug use. It’s worth pointing out that for lots of this age group, recreational drug use is a normal part of experimenting during your teenage years. And for a lot of, older young people, it’s not problematic. They’re not necessarily going to go down a terrible path and end up addicted to drug So I think it’s really important for parents not to panic, or overreact. But yes, we are very concerned.

A key issue is the huge lack of public services to help with problematic drug use. We need to see much more investment in mental health services for young people, because all these issues are very interconnected. whole range of issues.

How does Hope UK work to tackle this issue?

The key thing to say to parents is to remember that 16 to 18 year olds are on the cusp of a huge change in their lives: potentially going off to college, becoming independent, and it can be a very vulnerable, challenging time for some and so it’s really important for parents to offer as much support to keep the communication channels open, especially around tricky issues like drugs and alcohol use. Alcohol is another big, big issue. The key for parents is to not be afraid, but to get themselves kind of skilled and tooled up so that they can talk with confidence to their older young people. Hope UK offers drug awareness workshops for parents, and we have free online resources and free online workshops for parents to access.Access here: Hope UK

We also deliver in person workshops, drug awareness training for parents via local schools. Talk to your schools find out what schools are doing, it is mandatory to do drug education as part of the national curriculum. Hopefully today’s teens won’t miss out.