One contestant left ‘Love Island’ to preserve his mental health. If you want to preserve the spiritual health of your children - leave well alone

Amanda Porter believes that if your children are watching this, it may be time to hide the remote….,

Rating: No official age rating in the UK

Overview: ten single adults enter a Majorcan villa and are coupled up by the public, only to experience the highs and lows of emotions evolving, relationships developing and the status quo constantly changing. 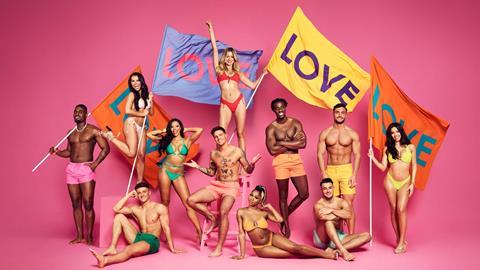 Not having seen Love Island before, I didn’t want to judge it too harshly before I watched it, and as I began the current series, I found myself engaged by the ‘islanders’ and even somewhat invested in their lives, enjoying seeing how they were getting on and looking forward to 9pm each evening to see what would happen next. It’s odd how appealing this show can be for something with almost no substance. The unique hosting skills and sense of humour of Iain Stirling do add quite a bit to the entertainment value of the show as well though.

The best thing that has happened in this series so far was early in, on day five. Liam, one of the younger contestants, recognised that since the show had started, he had not been ‘feeling himself’ and in order to preserve his mental health, he made the wise decision to leave the villa before things got worse. Despite his youth, he showed an unexpected level of maturity in making and sharing his decision.

The villa is a weird place. Imagine being coupled up with a stranger chosen for you by the public, with whom you share a bed every night in a room with nine other people, in a large house where no one wears enough clothing and everyone engages in bizarre, sexually charged games and challenges that demand acts you’d never perform outside the villa. And all of that on national television, with the aim of winning £50,000 and coming out of the villa having ‘fallen in love’. It’s a strange premise.

What I’m most disappointed in, I will say, is that it’s been the older contestants, Davide, Ekin-Su and Jay, causing all the drama so far – kissing other people’s partners in private, lying to each other and generally being disruptive and disrespectful. They’ve not set a positive example for the younger contestants in the slightest but have drawn everyone else into their drama and even sought out the younger ones for advice and consolation.

There’s not much redeemable about this show and there’s no reason to recommend it. In addition to its strong language and adult content, it sends some fairly weird messages about what relationships are meant to look like as well as what is and is not acceptable in ‘society’. If your young person is watching this, which I don’t recommend, please make sure they’re getting a healthy example of what relationships ought to look like somewhere else.