My children started copying my angry responses. So we now play a game that helps us all 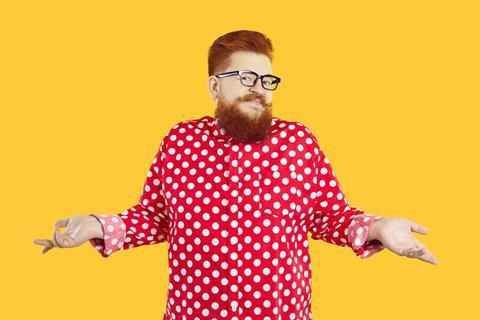 I thought I was a fairly even, calm person. I thought I drove with peace and patience.

It wasn’t until I heard my then three-year-old exclaim, “What an IDIOT!” as a car pulled out in front of us, I reconsidered! That was the moment I realised that I wasn’t as calm and chilled as I thought. I felt convicted. My kids were learning from me, whether I liked it or not, and I didn’t like what they had picked up. I recognised that I was a judgemental driver. I had judged other drivers as bad, unkind, insensitive, dangerous or just REALLY slow.

As the conviction fully unfurled, I began to see that I was pretty judgemental and critical of many people that I came across in all arenas and situations. I saw that I made snap judgements, based mainly on their ability, demeanour or how their actions affected me. I judged that checkout person as slow, the coffee barista as too talkative, the bus driver as grumpy, and I didn’t stop to think about my judgments at all. It wasn’t until my son reflected back my own words that I realised that something had to change.

The first thing I did was to repent. I wanted to show my kids that I needed to change. And then we decided that we would introduce a game to change our habits. We called it “The Maybe Game!”

The aim of the Maybe Game is to create a pause between seeing behaviour and reacting to it. If we pause, we can insert compassion before our judgement. The Maybe Game created that pause. The rules of the game are simple; in fact there is just one… You have to try and come up with a reason, one that is as kind as possible, for their behaviour or the situation. The more reasons you come up with, the better it works.

For example, when a small red car pulled out of me at a junction and proceeded to drive at 30mph below the speed limit we had to think of compassionate reasons why that might be the case. My eldest suggested that the car in front was full of precariously balanced wine glasses being taken to a wedding. My second daughter decided they were driving to the hospital and their slow speed was to avoid jolting a broken leg. My eldest son decided it was the first journey in a car following an accident a few months ago and my three-year-old thought they might be transporting jelly in an open bowl on the passengers lap! With each suggestion we felt our compassion and our humour rise. We were still driving very slowly behind the small red car, we were still feeling impatient, but we had paused to consider the other person, and in that pause, we found some grace.

Five years on and this game has become our default. We play it whenever we encounter a situation that causes us to become judgemental or reactive. MAYBE the coffee barista is really lonely, MAYBE she goes home to an empty flat so talks at work to feel connected. MAYBE the checkout person has hurt his back or has a cold. MAYBE the bus driver has chronic pain or has heard bad news, or (my son’s suggestion) needs the toilet. The reasons can be serious or silly, ridiculous or feasible, the outcome is always the same; compassion.

I had the opportunity to teach The Maybe Game to my year 5 class recently. Our value for the term was compassion and we were talking about how to have compassion even when we find it difficult. The class loved coming up with different MAYBE’s to different scenarios; varied and wild were the MAYBEs. Countless parents have caught me at the school gate and commented that their children have introduced the game at home. It is such a simple and fun way to remind ourselves that we don’t know other people’s full stories. I warn you though, if you introduce this game to your family or youth group it will come back to bite you; never again will you be able to vent your frustration in the car or in a queue or, like me, you will find a little voice popping up behind you with a “MAYBE….”