“Mummy! Is Santa real?” How do you answer?

Claire Hailwood looks to Jesus as she answers a tricky question 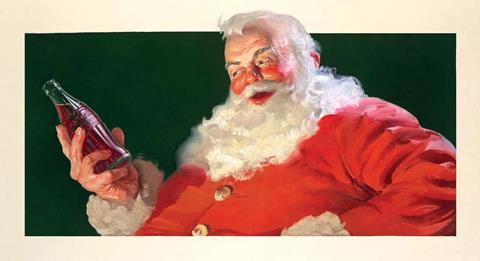 I’m often asked interesting questions by my children that test me in various ways, and I’m grateful when some of them aren’t asked in public.

A number of years ago, on the way home from school, my six-year-old asked ”Mummy, is it Santa or Jesus that’s not real?”.

The same year, a different child asked me what a vur-gin was (pronounced with a hard ‘g’) as they read the lyrics of ‘Silent night’.

The question of whether Santa is ‘real’ or not is an interesting one to consider. Some families go all out – with footprints on the carpet, tracking the sleigh online and utilising the various ways one can now ‘call Santa’ (even though sometimes that’s used as a ‘threat’ to behave!)

For some people, all the presents at Christmas are from Santa, whilst for others, ‘just’ those in the stocking are from him. Some families choose not to give him either a leading or supporting role at all at Christmas. For some children, the idea of a strange man they’ve not met coming into their house at night is incredibly traumatic.

Some of the narrative surrounding Santa is a little problematic when you stop and think about it (which we don’t really because it’s Christmas…).

We were at a Christmas fayre in the city centre recently when a man in some impressive Victorian garb appeared. He unrolled a very long scroll in front of my 9-year-old and asked his name to check if he was on the ‘naughty list’ and whether he’d be getting any presents. I confess to being a little proud when my boy retorted ‘we don’t get presents only for being good in our family’ and walked away.

Yet the magic is undeniable. The fantastical story of gift giving, flying reindeer, sleighs and elves with snow is so appealing for many of us.

But (stop reading now kids), Santa isn’t ‘real’. By going along with it, are we lying? How far is too far? What about that moment when they ask us for the first time if Santa is ‘real’ – how should we respond? Is it different if they’re three, seven, nine or twelve?

If we continue the story / lie (depending on your perspective) will our children really be able to trust us again? Could they also think that Jesus is just a ‘made up story’ when the truth about Santa becomes real to them?

Or is this too much thinking about something that is just a harmless part of Christmas?

I had a friend who speaks about a Christmas that was ‘ruined’ because her eleven-year-old told her five-year-old the truth about Santa. The five-year-old was upset, but I suspect my friend was just as sad.

I wonder if the question for many of us isn’t ‘should we talk about Santa’, but ‘how do we’? Stories, fairytales, make believe and adventure are a glorious part of childhood and I wonder if Santa can be part of that without being all consuming or make us as adults feel like we’re weaving a web of lies!

And if there’s a similarity in how Santa is talked about and related to in our homes, and Jesus, then perhaps it’s our relationship with our Saviour that we need to see the biggest change in?

And in this thinking about answering tough questions, as you’re considering how you’re going to approach it, I want to encourage you to ask yourself one or two too.

For example, as we enjoy the Christmas films and Santa in them, what about the children where their adults don’t have the resources to give them what they might like. In films we sometimes see ‘miracles’ happening – what might our response to that be in the ‘real world’? What’s our part to play? How do we talk about this to our children?

Why there aren’t other cultural expressions of Christmas represented at all or well in what is available to us on the main streaming services?

Questions are good because they encourage us to interrogate some of what we believe, do, think, and why.

And on the specific questions, like ‘that’ moment and ‘that’ question about Santa (or like some of the ones I mentioned at the start)? My best counsel is to do what Jesus so often did and answer a question with a question.