Lying is a huge deal in our family. Here’s how we have taught our children to tell the truth 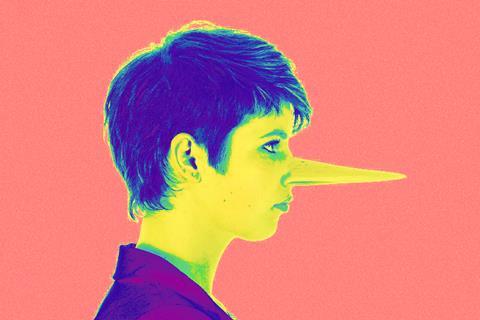 Lying is my button pusher. I don’t know about you, but when I know I am being lied to, I get a pulsing vein in my head and an uncomfortable boiling feeling in my stomach. I want the truth. I NEED the truth. It especially makes me frightened when I can’t trust my kids, it makes me want to protect myself, protect my relationship with them, or even wring the truth out of them!

So, we know why they do it, but how do we handle things when our kids lie to us? And is it even such a big deal?

Well, in our family, lying is a huge deal. Because lying indicates that there is a serious breakdown in connection between us. Lying breaks trust even further and if I can’t trust my kids then I have some serious work to do!

The first thing my husband and I do is to check that our reactions to past failures haven’t been too scary. You see, when we act in a big scary way when our kids fail, they lie to protect themselves from experiencing that again. There are times when my reaction to something my kids have done has been over-the-top, I have maybe ranted a little too much or been too angry. If I want my kids to tell the truth and not hide things from me, I need to be a safe place to fail. They need to know that I will be fair and kind even in their failure. Sometimes I have had to apologise to my kids for my reactions and sought to undo some of the damage. I have had to work on managing my responses when I am surprised by news. I want to be a safe place for them to fail. I want them to feel they get a fair hearing. I had to learn this the hard way. My 20 minute rant as I scrubbed the wax crayon off the wall, and yelled at my three and four-year-old about finding out who had drawn on my freshly painted living room wall, wasn’t my finest moment! There was some repenting that had to be done.

A breakdown of trust

But lying is still not ok! I can’t take all the blame. In our house, lying is a breakdown in trust and trust is a really important currency. It is the currency that allows us to give our kids privileges. The higher the trust, the greater the privilege. So when we feel that trust has been broken, we start by removing the privileges. Our aim here isn’t to punish or shame but to reflect back what lying does to our hearts.

For example, I might say, “When I feel lied to, it makes me wonder whether you are mature enough to handle some of the privileges you enjoy around here, like your mobile phone or having freedom to be out with your friends. I would love for you to have those things but you’re going to have to work on our trust to be able to have those things back.”

When my eldest daughter was in her first year at secondary school, we gave her her first mobile phone. The rules were simple; no phones after 5pm in your bedroom, no deleting message threads, no social media. We laid out simple rules so that she could grow with managing her own screen time and her own conduct on a mobile phone. I checked her phone weekly with my parent app, and I also occasionally flicked through her messages.

In one of my weekly checking sessions, I could see that my daughter had spent quite a lot of time on YouTube, and also that some of that time was spent later on in the evening when the phone was supposed to be charging in the kitchen. I gently asked her about her screen time usage later that day. She told me that she was sticking to the rules…. And yet I had proof, from my family sharing app, that she was lying! Uh-oh!

I had to go away and calm myself down quite a lot, I used up my heated words in talking it through with my poor husband rather than ranting at my daughter. Once I had some perspective, I went back to her and we talked about the situation. I let her see my heart; I was a little bit sad that she had lied to me because I didn’t like the breakdown in trust between us. I told her that I felt quite anxious when I realised that she had lied to me; anxious about her phone usage, anxious about whether I could trust her. She wasn’t thrilled that my husband and I had decided to put major app limits on her phone and limit her screen time to 20 minutes a day. She wasn’t thrilled that I took her phone charger away and plugged it in in our bedroom. There was some emoting. She wasn’t thrilled but she understood. She hadn’t shown me that she was responsible enough for the privilege of phone management, and because she had lied to me, I couldn’t trust her with the phone.

My aim is to teach my kids the consequences of lying; to help them understand that lying is not worth the loss of connection and trust. That it creates more problems than it solves.

Creating a family culture of honesty and trust can take some time, especially if that if you yourself haven’t experienced this growing up. It can be really hard changing a culture, or introducing a new one. But I promise you it’s worth the consistency, and even worth your kids’ derision or extra emotion. It might feel like you are creating more battles as you introduce this culture, but it will get better, and in the long run trust creates connection, lowers anxiety and creates an atmosphere of freedom.

If you have a child who is practised at lying to you, my advice would be to go after the connection between you. Go out of your way to love and invest in your relationship because creating connections is the best starting point in changing the culture. And a family culture of honesty is worth fighting for.