Jesus calls us to forgive from the heart. Here’s how this played out in a school playground 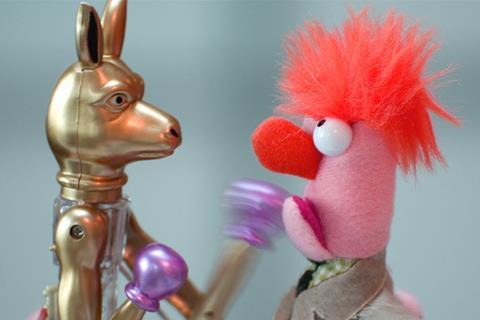 In class last week, I observed two furious faces mutinously staring at each other.

After several seconds, I finally heard, begrudgingly snapped out, ”I’m sorry!” from both boys. Neither looked like they meant it and the words were only spoken so they didn’t miss any play time.

For the rest of the day, black looks and muttered words behind hands, uttered to allies, ensued between the boys. They weren’t sorry. And worse, neither had accepted the apology because both knew neither meant it. But for the harassed teacher, on a hot playground, it looked like the right thing to do. They had said sorry.

It all came to a head later that day as one of the boys got into trouble again for being rude to a member of staff. I decided it was time to go for a walk. (I find a walk always helps… shoulder to shoulder, rather than face to face, seems less intimidating when talking about feelings!)

As we lapped the small playground, and stones were angrily kicked ahead of the boy, I gently asked some questions. Not about the rudeness, that was just a symptom, but about his heart. He was obviously angry and hurt. So I asked about playtime and why two normally best friends seemed so angry with each other. Soon it all came pouring out; a disagreement over a football, words said, names called and a whole ball of pain curled up inside his chest. That’s a lot of emotion when you are aged ten. The “I’m sorry” hadn’t penetrated the pain. His case against his friend was still too strong. He felt owed, justified!

It’s easy to put ourselves in this little boys’ shoes. We can remember times where we felt that our anger was justified.

I have experienced it countless times myself and I see it often in my family relationships. My kids have fights with each other that are this raw and angry. It’s an inevitable part of our humanity. We get angry.

As I walked that little boy around the playground, I explained that he actually had all the power. He looked at me incredulously. He felt like he had no power. But I explained that he had the power to hold on to his anger and pain or to let it go: that it wasn’t dependent on whether his friend owned what he had done. He was in the driving seat.

You see, forgiveness is an undeserved gift. You don’t forgive because they are sorry, or because the pain doesn’t matter, you forgive because it is the best most powerful way out of pain. When we hold on to pain and refuse to forgive, we are drinking poison and hoping it will kill our enemy. Unforgiveness doesn’t hurt the other person nearly as much as it hurts us. It keeps us locked in pain.

I explained to my pupil that forgiveness is a powerful choice. We don’t have to feel it, we just have to choose it. He looked at me skeptically, but to his credit, he said he’d give it a try. So we spoke it out, “I choose to forgive Zach for stealing the ball, I chose to forgive him for laughing at me when I missed the goal. I forgive him for calling me stupid, I forgive him for getting me in trouble.” (I have literally never been prouder of a pupil in my teaching life.)

“How does that feel?” I asked him.

“I’m still cross at him, but my tummy doesn’t hurt now!”

I think sometimes we teach forgiveness backwards. We command kids to say sorry but don’t teach them how to forgive. Don’t get me wrong, I think owning mistakes and saying sorry is super important, but I wonder whether, if kids understood the power of forgiveness, the repentance would follow? That’s how Jesus taught it. He forgave first.

This was certainly true in my playground story. Just before the end of the day, I saw my little friend go up to Zach. I saw a few words pass between them before an enthusiastic handshake and then a call to play football. “I said I was sorry for calling him an idiot, and for kicking the ball at him,” he said, before leaving. “He said sorry too.”

Forgiveness is our superpower. It was so important that The Father sent his son so He could forgive us fully. Forgiveness doesn’t make everything alright; it doesn’t mean trusting a person again, or discounting the pain, it just means that we get access to grace. And when grace flows so does freedom. And that’s priceless.