I ran away from home. How God came to the rescue. 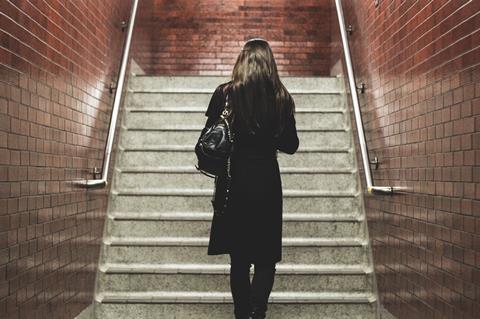 We moved house when I was 13. Unfortunately for my parents the timing of the move coincided with a particularly angry phase of my adolescence. I did not want to move and made my feelings abundantly clear; I ranted, cried and pleaded, but to no avail.

A few weeks later I decided to run away. I walked to a bus stop with a plan to return to where I used to live. As I waited, I went in to the phone box and I phoned Saffron.

Saffron was part of the youth team at our previous church, a friend of my parents and the adult I missed most. Saffron listened, called me back (so I didn’t use up all my coins!) listened some more, let me cry and shout at the injustice of it all. Over 25 years later and I still remember that phonecall.

As a runaway attempt it was underwhelming (I returned home pretty soon after).As a demonstration of the power of church family, it had a lifelong impact.

I’m Mum to two teenagers currently. They’re amazing, but sometimes, I know I drive them mad; infuriating them with my attempts to ‘chat’, frustrating them with ‘unfair’ boundaries, or sometimes, am simply not the person they want to tell ‘everything’ to.

Decades on, after years as a youthworker and now a parent to teenagers, I’m even more grateful for the power of church community as it wraps around our family. This hasn’t happened accidentally. We have intentionally built life with other families and also encouraged all our children in their own relationships with other grown ups who we know and trust, including children’s and youth workers.

A few weeks ago, what started as a conversation, moved quickly through debate, on to argument and beyond. As one of my teenagers passionately left the house (with the door still just on its hinges), she announced that she ‘needed’ to see Liz. In the meet up that followed over a cold drink in a popular coffee shop chain, I know there will have been complaints made about me, us and the situation. Some of it will have been fair, some not so. As a parent it’s amazing to have a community of people who also love God and believe in the rising generation, who also know and love us, who will listen to them, absorb some of the anger and be there for the tears and questioning. It’s profound because simultaneously, we know they will honour us as we love and lead our kids, and gently help them (and us!) as we learn and grow together.

On a different occasion, another adult in our lives asked after one of my teenagers. I shared very briefly that she was finding it really difficult in school and feeling increasingly isolated. In the coming weeks I watched in grateful awe as gently and appropriately people mobilised around her. Some people intentionally connected her to and supported her in interactions with peers in church, she was invited on walks, invited to join on shopping trips for kids work, taken out for hot chocolate and joined various families for food and more. Not many knew any specifics about the challenge, just that she needed to be held a little tighter and so they stepped in.

We were not created to do life alone. In 1 Corinthians 12 we read there’s an interconnectedness as the body of Christ, the church, with Jesus as the head. John 13:35 says that it’s the way we LOVE one another that will demonstrate the good news to the world.

Our relational God, Father, Son and Holy Spirit, made us to live, grow and be in relationship with one another. As a parent, when we see the impact it has on our children - it’s powerful. AND we get the privilege of being those people for others in our church too.