‘I don’t want history to repeat itself’: the lessons for Christian parents from Harry’s pain 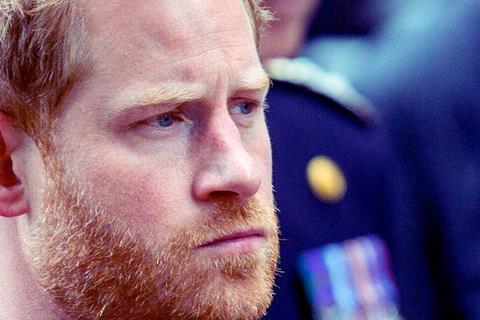 Whatever your personal take on what’s emerged through the publication of ‘Spare’, the very public breakdown in the Royal Family that we see unfolding is heartbreaking.

King Charles calling Prince Harry ‘darling boy’, Harry referring to ‘Pa’ and ‘Mummy’ throughout the various interviews brings a humanity that we don’t often see in portrayals of the monarchy, which Prince Harry describes as a ‘large, ancient, dysfunctional family’.

It’s a story full of heartache. The tragic loss of a beloved Mum, as Prince Harry is on the cusp of adolescence, and the tales that follow indicate, as you’d expect, a whole life impacted by this event. That loss comes in the context of a marriage and relationship breakdown unfolding in the public eye and the arrival of a ‘wicked stepmother’ figure to name just a few things detailed in recent interviews.

We will never know what actually happened, and who is ‘right’ or ‘wrong’ isn’t as important as the impact that these events had on a boy becoming a man.

In Prince Harry’s version we hear a man who loves his Dad but feels let down by the lack of emotional support or closeness. We hear the devastating impact of that and the loss of his mother on Prince Harry’s mental health. We are becoming more familiar with anxiety disorders and panic attacks, but when the account comes from someone who seemingly ‘has it all’, it feels somehow more shocking and demonstrates the grip it can have.

There will be those who say King Charles is from a generation and family where emotional intelligence and expression was neither taught nor shown and where conversation about someone’s mental health was not commonplace. There will be criticism levelled at Prince Harry too for apparent hypocrisy and bringing into the public sphere, what should stay private.

Maybe, like me, you’ve gone back and forth about what you think, or wondered if you should even be interested? Maybe you’re firmly team crown or team Harry?

The stories and accounts are full of emotive language and pain, and whilst most families don’t have the historical significance that the royal family does, many of us may recognise the description of dysfunction.

I’m fortunate to have been raised in a family where there’s lots that I do want to replicate in how I raise the children in our home, but, as with every generation, there are things that I don’t want repeated. For most of us there will be small things to significant life choices that we want to do differently.

Here’s some things I’ve been reflecting on

There are genealogies throughout the Bible, which are not lists of perfect people, but there to show us something about God and how He works generationally. We’re not limited by the decisions or actions of our ancestors (Saul and Jonathan have very different lives, for example) but our lineage and where we come from is important.

2. Honour is a command

Respect is earned and is based on performance, but honour is different. Honour is about the value we place on someone simply because of who they are to us. The Bible tells us to honour our parents, to honour one another in marriage and in relationships. It’s challenging. But I’m not sure following Jesus and His example was meant to be ‘easy’.

3. Forgiveness is a gift

Forgiveness does not condone the actions of others when they’re wrong. That we are forgiven by Jesus is outrageous and undeserved. When we forgive others, we’re following His example and in so doing, we set ourselves free from the toxicity of bitterness that’s rooted in unforgiveness.

Nelson Mandela said ‘not forgiving someone is like drinking poison and expecting the other person to die’. When we forgive others, we set ourselves free and in doing so, perhaps there’s more chance that history won’t repeat itself.

I don’t want negative history or character traits to repeat themselves or to hinder the next generation. So, I need to continue to take responsibility for myself and my actions, because that’s the only person I can change.

I need to pray and ask God to continue to use individuals and families like mine to further establish His kingdom on earth as in heaven.

And to continue to pray for the monarchy, all of whom are loved deeply by God.