How can I grandparent as my children want?

Ali Hull explains how she navigated the challenge of handling her grandkids as her own children wanted, and what she had learned through the process

In the second series of The Detectorists, Andy, (the wonderful Mackenzie Crook), takes his baby son, Stanley, to spend the day with grandma. Andy is armed with a carefully written rota for Stanley, detailing feeds, naps and so on. Grandma, his formidable mother-in-law, played by Diana Rigg, refuses to accept the rota. Andy leaves it on the doorstep and, as she shuts the door, she kicks it away. 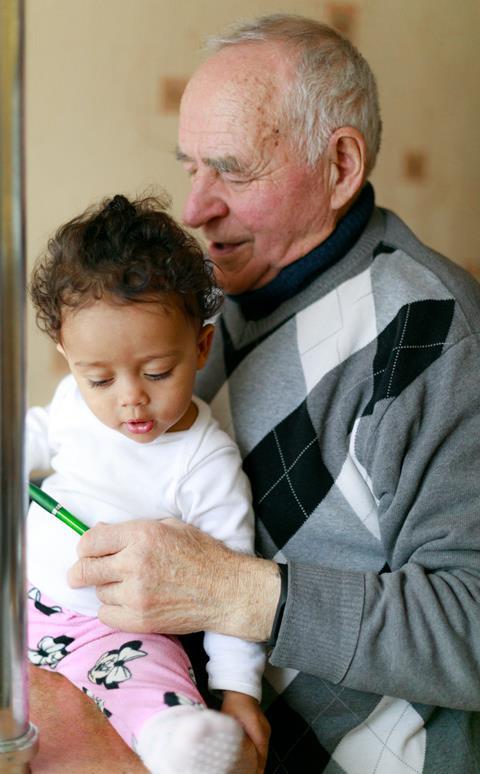 And it sums up the problem that can so easily exist between parents and grandparents. The latter feel they have been there, done that, got all the T-shirts. The former are still learning, but having found something that works for them and their baby, they are desperate to see it respected and followed – not least because, if you have got a baby into a routine, it is a painful process and re-establishing their routine hurts even more.

Each generation has its own gurus, its own way of doing things. We have four children, all now grown-up. From a baby care point of view, I was a disciple of the ‘Breast is best’ school. Feeding by the clock was out, and I was a laidback mother. I didn’t have much of a routine. Our first baby was fed on demand, and put down for a sleep when necessary, but he usually fell asleep during a feed. This was perfect until it stopped working, around 18 months. At this point, an evening feed was as likely to be invigorating as it was to be soporific, and we had, at last, to introduce a routine in which he managed to get himself off to sleep. It was probably more painful than it needed to be, for both us and him. With subsequent children, we were slightly more organised, not least because new babies have to work round the lives of their older siblings. But I was still not a fan of timetables and routines, nor were many of my contemporaries. They were seen as old-fashioned.

Enter the first grandchild, and also a series of new childcare experts, who seemed to advocate the routines my generation had abandoned. Our eldest son and his wife soon had their new baby established in a timetable.

I had to realise that the anarchy I had embraced had possibly been more in my own interests than those of my children. Maybe babies do like routines. Or maybe they are adaptable, and it depends on the parents, and the parents’ circumstances. Unlike the grandmother in The Detectorists, we never questioned what had been decided for our grandson (nor for our subsequent granddaughter). When we look after them, we ask for guidance, on what happens when and how, and we stick to it. That works too, in terms of our relationships. But it isn’t hard, in our case. We are Christians, and our son and daughter-in-law are Christians, and they are doing, as far as I can see, a better job than I did.

Another area where theory and practice has changed over the years is discipline. We had a full shelf of James Dobson’s books, and I was very concerned about discipline. Dobson believed physical punishment, or the threat of it, was best, and many in the church at the time, particularly our church, agreed with him. Some parents I knew had special wooden spoons, called ‘the rod’, kept for the purpose of disciplining their children. We smacked our children, if they were disobedient, though

quite soon, with each of them, the threat was enough. There was a lot of counting to ten (or counting to three, in the case of our second son, since he had a lovely smile, and I would struggle to keep a straight face). They grew up very well-behaved, which meant other families would borrow them for holidays, a win-win all round.

Things have moved on, however, and my son and his wife don’t use physical punishment, nor the threat of it, on the grandchildren. And neither do we. I realise now how disempowering Dobson’s books were, because they seemed to be saying, if you don’t use physical punishment, your children will run wild and be ungovernable. There were no other alternatives presented in the books that I read. But reading those that my daughter-in-law has, I can see the greater emphasis on understanding the world from the child’s point of view, and helping them to manage their emotions, including anger, rather than trying to make them suppress that anger and any resulting behaviour. Our grandchildren are still very young, under the age of six, so whether we will still agree when it comes to the teenage years is, of course, a moot point. But I would imagine the strength of the relationships built now will help us then. I hope that my son and his wife know that we are behind them, and I think that is what matters.

Which is easier, to parent or to grandparent? There is no doubt that what many of my friends told me, when they reached the grandparent stage before I did, that being able to hand the children back is wonderful. But you may not always want to hand them back immediately! I wish we lived closer and saw them more often. The other cliché around grandparenting is that grandparents have time. I think this is true, and it is wonderful. Neither I nor my husband have retired, but on the days when we looked after our grandson, we had all the time in the world. So, if he wanted to walk slowly past the cars, and ask us what they all were, we had the time to do so, and inadvertently to teach him a few words of other languages – mainly Japanese. He would want to stop and look at everything and to ask questions, so we would stop and look at everything and answer questions. And there is the enormous joy of rediscovering things through a child’s eyes: Lego, Duplo, The Very Hungry Caterpillar. Small children have a great capacity for enthusiasm, which is in itself a source of energy. And each one is an individual and different, so presents something that you have never met before. I look forward to more.

Ali Hull is a freelance writer and editor

Ali HullAli Hull is a freelance writer and editor