‘Helping your children change the atmosphere at school is possible ’: here’s how to go about it 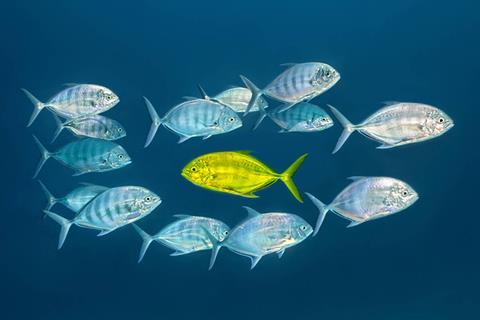 Secondary school can be a tough place; hundreds of teenagers, all in one place, desperately trying to figure out who they are and how they fit into this world. In their desire to find out who they are, added to the hormones and exam stress, they can inadvertently create personal atmospheres that suck in those around them. Gossip, offense, drama, gloom and anxiety can permeate and personal atmospheres can become corporate ones. I have regularly seen my children come home feeling wearied by the heavy atmospheres at school. Especially, as they too are trying to work out where they fit and belong. It’s hard to fight everyone else’s atmosphere when just shifting your own is tricky!

I know for myself, how easy it is to be drawn into gossip and back-biting. Taking a stand can feel daunting, I can totally understand why my teenagers might not want to take on and challenge situations. However, we have discovered a secret. Well, maybe not a secret, but a way to gently shift an atmosphere without having to challenge and take it head on. We call it “Releasing the Opposite.”

You see, when we actively move in the opposite of the atmosphere we encounter, it shifts a little and people feel it. For example; when I worked as a theatre nurse, many moons ago, we had a theatre list on a Friday afternoon that everyone dreaded. The consultant was always grumpy and demanding, the atmosphere tense and the expectation was of a miserable afternoon. Fridays became notorious. Now, as a humble nurse, new in her role, I had very little power to confront a consultant about her behaviour, but I did have the power to release the opposite. I started by bringing in Malteasers. I’d leave them in the prep room with a note, “Sweets of joy, help yourself!” The first week, there was a very slight difference in the way that the theatre felt. It was a little less grumpy, there were a few more lighter moments. The next week I brought in more with the same message, the Consultant came in to theatres, her mouth full of Malteasers, and barked, “Thanks to whoever brought in Malteasers, Friday morning is Cancer clinic and it always overruns and I didn’t get lunch.”

By week four, Friday afternoons turned into a bit of a party. Other nurses brought in treats and the prep room table was laden. The atmosphere had changed without having to take a stand. And Malteasers were forever named “The Sweets of Joy!”

I encourage my kids to be the difference. To ask themselves the question; what can I do to shift this atmosphere a little bit? Sometimes we come up with things as a family so that we each feel supported.

My kids have found that sometimes when they encounter an atmosphere of gossip, being really encouraging can shift something. Positivity shifts the negative. My daughter regularly buys biscuits in Poundland, on exam days, to shift the nervous atmosphere and have something else to focus on (teenagers are always hungry!). My son has found that bringing in a tennis ball can also help shift nerves, a little bit of action and competition can burn through all that nervous energy. In situations where people are expecting the worst, of a teacher or a situation, being the voice of the best case scenario can bring in hope and shift the negativity.

We also give our kids a winter hot chocolate fund. We put money on their account at school so that they can occasionally take friends, who are struggling with lowness or something hard at home, for a hot chocolate in the school canteen. In the summer this becomes a “slushy fund”!

Being the difference can be as small as noticing the least, the last picked at PE, and choosing to partner them so they are not last. Even as a family, we shift atmospheres of feeling overwhelmed or negative with thankfulness. It’s amazing how different we all feel when we have each thought of three things we are thankful for. This works great at school too, as pupils and teaching staff; a little class thankfulness is a fantastic tool to release joy and anticipation. It also works when friends are feeling overwhelmed at school, my daughter will just launch into what she’s thankful for.

Releasing the opposite is a tool that can empower our kids to make a difference in their spheres of influence. Simple kindness has a far greater power than we can comprehend, it isn’t just being “nice” or “Christian” it is partnering with heaven to shift atmospheres and change situations. For our kids, who lets face it, can have the tendency to be ego-centric, learning to be the difference and shift atmospheres with kindness has a far reaching effect on their faith and confidence. Who doesn’t want to operate power tools?! And operating in kindness is the most powerful tool I can think of!