Don’t be afraid to influence your kids. But be careful how you do it

Andy Peck believes it’s time to stand against rhetoric that says that upbringing is all about giving children a ‘free choice’. 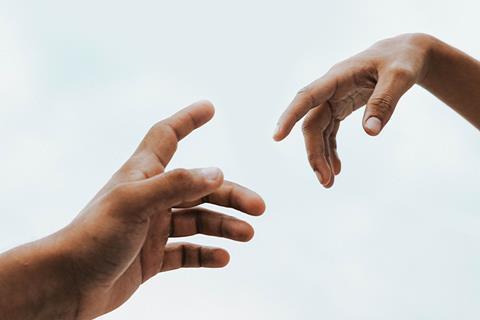 The figure of 50% might be decent, depending on the topic.

No golfer has come close to winning 50% of the golf tournaments entered, but with a nod to the Premier League that has just resumed, Man City won the league by winning 29 out of the 38 games played last season: for them a 50% winning percentage would be poor. If 40% is a pass mark in an exam, you might be pleased with 50.

But what about young people brought up in church and leaving the church when they are 18. Is that good?

It’s pretty depressing isn’t it. That suggests half your youth group reaching uni age and leaving church. You have two children: one carries on in the faith, the other doesn’t.

Are the stats reliable? Well they were published by the Fuller Youth Institute and relate to US young people. I haven’t been able to find comparable UK stats, but my suspicion is that they would be much the same.

But mix this with a further study from the National Study of Youth and Religion completed between 2003-2014 and there is a little more hope. This found that young people whose parents engage actively in faith themselves and invest in their children’s discipleship stick with the faith in far higher numbers: the study suggests 82%.

The source of this information is a new book that is urging parents to take discipleship seriously: ‘Teach Your Children Well: A step by step guide for Family Discipleship by Sarah Cowan Johnson’.

It argues that we are too quick to moan about all the factors that work against discipleship and suggest that if we are wise and intentional we can affect change. Indeed they say that we shouldn’t be outsourcing discipleship to ear ringed youthworkers with a tattoo but ensure that as parents we complement the excellent work youth and children’s workers are doing.

But here’s the thing. Some in our culture teach that children have a blank sheet of paper representing their life on which to write and our responsibility as parents is to allow them the freedom to write their story, which includes the ‘religion’ they choose to follow, the hobbies they pursue, the subjects they study and the jobs they take. And of course in very extreme cases, even the gender they adopt. Who are you to impose your values upon them?

What I have just described is doing the very thing it claims we shouldn’t do: ‘imposing values on a child’! The values in question are ‘not imposing values! Throughout the history of the world and around the world today, such an approach is incredibly rare and in any case pretty well impossible. How we choose to live as parents inevitably impacts the child: how we spend money, what we give time to, how we treat each other, how we speak about politics, and whether we attend a place of worship or not. Of course a child  may rebel against any of those influences, but we can’t pretent it isn’t happening.

So articulating a view of the world, and faith is not a problem.

Now there are ways of discipling of course. Many rightly rebel against the rules based loveless authoritarian approaches that have sometimes been adopted.

A wise parent has to give appropriate room for their children to develop faith. I am sure I haven’t always been wise but when our boys adopted boys came to us, aged five and seven, and I have said to them in various ways: “Look we live as church attending followers of Jesus. If you find a better way of living please tell us. But this makes most sense to us and we invite you to join us!”

The Jesus way is always the way of invitation not coercion. There is wisdom in allowing them to question things and for us to admit those areas where we are not sure, or puzzled too.

Once we have the approach right, we can benefit from the book’s insistence that we are yoked to Jesus and he is the one who is our model and is active by His Spirit in helping our children walk with him.

The book looks at the stages of faith children typically go through and explains the difference between proactive discipleship – where we teach habits practices and rhythms, and reactive discipleship where we pick up on the moments that we can’t plan for but which enable conversation, reflection and gentle input.

But the spirit of the book is for us as parents to take this seriously. There is no neutral ‘demilitarised zone’ If the church is not ‘discipling young people into its values’, then our culture will. It’s time to be intentional about ensuring that the ways of the kingdom are shared in all their glory: that there is God in heaven who is for them not against them and a living Jesus who invites them into an adventure that starts now and last into eternity.

Maybe if we get that message right we will see more young people getting to aged 18 and saying: “I am in. God what are we going to do together?”