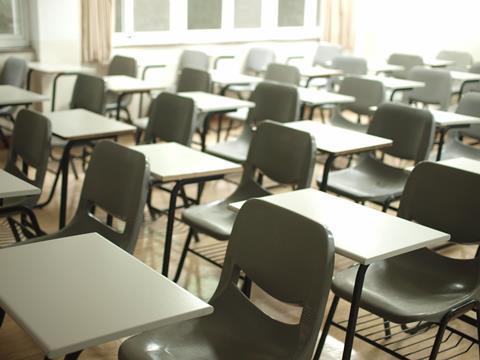 The heads of the Church of England and the Catholic Church in England and Wales are being urged to increase the salaries of the staff in church schools.

In a letter, UNISON, one of the largest public service unions in the UK, has asked Most Rev Justin Welby, Most Rev Stephen Cottrell and Cardinal Vincent Nicholls to raise the payment of its staff to match the cost-of-living crisis as employees face “devastating financial hardship this winter”.

They wrote: “It’s in your gift to ensure church school staff receive a wage that’s fair and in accordance with Christian values,” the letters said.

“This financial lifeline could make the difference between them feeding their families or facing a bleak new year.”

The group argues low wages could “force staff out of education for better paid jobs elsewhere”.

In 2012, the Church of England’s General Synod endorsed the real living wage, a voluntary commitment to pay employees a wage that matches the cost of living.

The letter also called for the Churches to draw up a timetable for their schools to become accredited living wage employers officially.

UNISON head of education, Mike Short, said: “Many workers are rightly dismayed that promises made a decade ago by both Churches have still not been honoured. Church leaders must ensure their schools follow through on this important pledge.

“At this time of dire hardship, a real living-wage boost would provide a much-needed financial lifeline to families living on the edge. Churches do really important work supporting their local communities, but they must make sure their employees receive fair pay.”

But, responding to the letter, Nigel Genders, the Church of England’s chief education officer, said the National Church Institutions (NCIs) have been “formally accredited by the Living Wage Foundation since 2019 and all NCIs have paid staff at least the living wage for some years”.

He continued: “We strongly encourage Church schools and other bodies linked to the Church of England to pay workers at least the real living wage as a moral imperative and we have publicly endorsed and promoted the use of the Living Wage Toolkit to that end.

“We note also that there may be a good number of schools who are paying the living wage, but who have not accredited with the Living Wage Foundation.

“Individual church schools are not, however, controlled centrally by the Church and matters such as pay, staffing decisions and accreditation with bodies such as the Living Wage Foundation are the responsibility of each school’s governing body.”

A spokesperson for the Catholic Bishops’ Conference and England and Wales (CBCEW) told Premier: “Twelve of the 13 Catholic schools in UNISON’s research on this issue pay staff the living wage, and over half are accredited employers. Guidance on paying the living wage specifically in academies and schools is made available by the Catholic Education Service and dioceses have been asked to encourage governing boards to refer to it when setting salaries.

“We continue to affirm what the bishops said in 2012: ‘In accordance with Catholic social teaching, and as part of its mission to support the poor and vulnerable, the Bishops’ Conference fully endorses the principle of the living wage and encourages Catholic organisations and charities in England and Wales to work towards its implementation.”