‘Christians should consider home schooling. Here’s how my family has benefitted’

NexGen speaks to Molly Ashton, who has seen her two sons through education and is now home-schooling her and her husband’s two adopted daughters also. She has compiled book on home education entitled, Another Way To Learn. 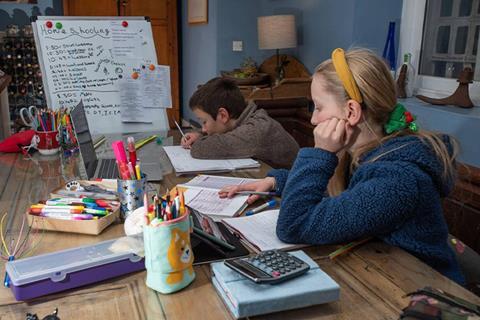 NexGen: Less than 1% of children educated in the UK are home schooled, though numbers are rising, and have risen since COVID. What were your primary reasons for home educating?

Molly Ashton: We had come to the UK from living for a time in Malawi and had seen the benefits of children starting schooling aged seven. But we did send Ben our eldest to school at reception age. He was part time for two and a bit terms and we pulled him out in the summer term.  It wasn’t anything to do with the schooling system: it was a Church of England School, and I was quite happy with what they were being taught there. But we found that for Ben it was too much pressure too young. And as time went on we realised that it was better that Ben was educated at home, even after age seven.

Home schooling has been We have enjoyed the positive side of seeing how Ben and his younger brother, Joe were able to learn what they want to learn, to be able to follow the things they’re good at, have the freedom to be outside when they needed to be. My youngest, Joe is dyslexic, but we could give him the time he needed to learn to read when he was ready and so this was much older than most, aged 11, or 12.

He is now at a local university doing a science degree, having been to college where he passed the necessary BTEC exams

I think today I would also be concerned about the kind of approaches taken, especially with regards gender and sexuality in Relationships and Sex Education (RSE). It seems that any child that questions what they are taught is silenced.

NG: Of course, some parents had a glimpse of being a home educator during COVID. How skilled do you need to be as a teacher, or do the resources actually give you sufficient?

MA: I think that’s probably one of the most common concerns.There are lots of resources, both primary and secondary. There are lots of curricula, but actually I just used the off the shelf ones at WH Smiths, and then just read lots and lots to them. But  we are also keen to give them the skills to learn themselves: to facilitate their education rather than actually spoon feed them.

Certainly as they get older, we may not be skilled at the particular things that they like doing. Ben’s doing an engineering degree. My two worst subjects were Maths and English!

NG: Your girls are adopted. You chose to go the same way with them?

MA: Our girls have had some learning challenges and it is interesting to discover that increasing numbers of children are being taken out of mainstream school and home educated because they have various different sort of special needs around such things as sensory processing, autism, ADHD, and the like. Certainly we have found the daily flexibility a great help as we have sought to help our girls.

NG: One question that parents ask about home schooling is the socialisation side

MA: That’s actually in third chapter of the book called, ‘Socially Speaking’, on understanding the home educated childhood social being, because it is the hot potato.There’s so many ways to answer this. I think it depends what we mean by socialisation. Classically in childhood, we tend to think if you’re socialised, then there that it’s horizontal socialisation: they’re playing with lots of children all of the same age. But actually, that’s not like it is in the world outside is it? As home educated children they are out and about a lot: whether that’s shopping, whether that’s going to library, whether that’s going to different homes, home education co-ops, after school clubs, visiting grandparents, babysitting as they get older. So they have to relate to others and this needn’t be a problem.

To find out more about Another Way To Learn, click here 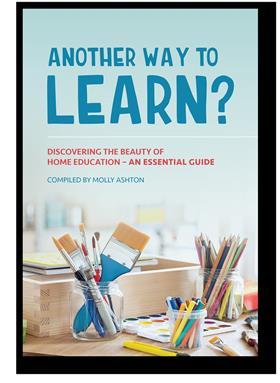 Molly Ashtonis a home educator based in Somerset. She has home educated her two boys, now at university and is now educating her two adopted girls.