Choosing films for your kids? Why ‘Lightyear’ and the ‘gay kiss’ makes you stop and think

Andrew Bunt suggests that if we are upset by the first Disney gay kiss, we may need to re-consider other films too

Should you let your child watch a film that includes a gay kiss? That’s a question many Christian parents will be wrestling with as they hear about the controversy over Disney Pixar’s new release, Lightyear.

Lightyear tells the backstory of popular Toy Story character Buzz Lightyear. But it’s not Buzz that people are talking about, instead it’s his fellow Space Ranger Alisha Hawthorne in the spotlight. In a short sequence that jumps through many years, we hear of Alisha’s engagement to her partner Kiko, see them raise a son, celebrate their 40th wedding anniversary and, yes, kiss.

The controversy over Lightyear’s gay kiss started well before the film’s release. Reports earlier this year said that the same-sex kiss had been deliberately cut from the film, as, it was claimed, had other moments of ‘overtly gay affection’ in earlier Pixar productions. The kiss was restored to the film in response to a statement from “the LGBTQIA+ employees of Pixar and their allies”. 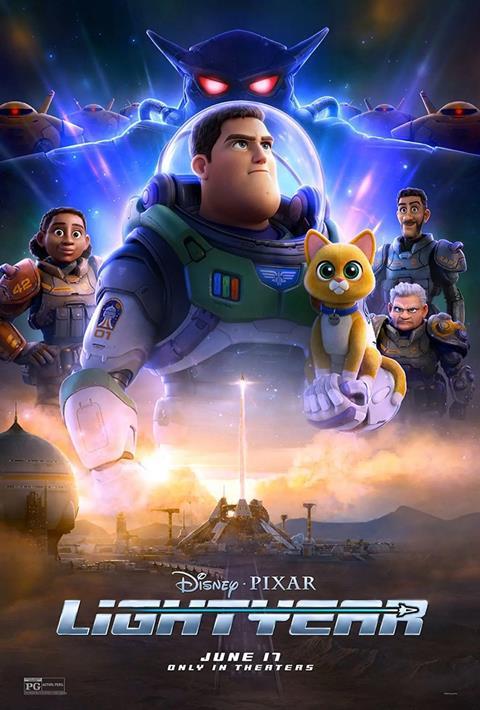 The film’s release has reignited the controversy. A number of countries have banned the film and others are asking for the scene to be removed. A disappointing opening weekend in the States has caused some to point the finger at the inclusion of the same-sex relationship.

Among Christians there seems to be a sense of frustration that a children’s film is being co-opted to push an ‘agenda’ and some are calling for Christian parents to boycott the film.

But is boycotting this film or shielding our children from it the best way to respond? I’m not sure it is. Here are two reasons why.

Some Christians are calling for a boycott of this film because of its attempt to promote an ‘agenda’ through the inclusion of a same-sex kiss. One Christian leader has accused the film of seeking to ‘catechize your children in the normalization of sexual immorality’.

But to boycott this film because of its agenda would make most of us inconsistent. The reality is that most kids’ films have an unhealthy message of some sort. They may not all be quite so explicit, but that doesn’t mean they are any less influential or dangerous. In fact, the subtly of the messages in many films may make them more dangerous.

Take the hugely popular Disney film Frozen. Frozen poses a much greater danger than Lightyear. The portrayal of a same-sex relationship in Lightyear is brief and incidental to the plotline. Very little is made of it, and it is featured for a couple of minutes at most. I suspect many children may not even notice it. By contrast, the entirety of the plot of Frozen is telling children that to thrive and be happy they need to throw off the oppressive shackles of other people’s expectations and the need to ‘be a good kid’ to instead embrace and express whatever they feel inside. In short, they need to ‘let it go’.

This is exactly the narrative that makes the Bible’s prohibition of same-sex relationships seem so absurd to many people. How could God ask people to deny who they really are inside? Denying who we really are brings death and destruction (in Frozen, an eternal winter), while embracing and expressing who we are brings life and happiness (the return of summer and open gates at the palace). Frozen gives you the whole foundation for a secular perspective on sexuality. Lightyear gives a minute or two to a rather undramatic portrayal of a same-sex relationship. Which do we think is more dangerous?

This doesn’t mean we should just watch anything and let it have its way on us or our children. Rather, we need to get better at thinking more deeply about what we’re watching. What is the core message behind the story? How do I help my child think about that and understand the Bible’s better message? If we boycott Lightyear because of the message it’s promoting but ignore the powerful messages of many other films, we’re being inconsistent.

But more than that, a film like Lightyear actually provides parents with an opportunity. The reality is any child growing up in the western world today will encounter same-sex relationships at a young age. If it’s not in a film or on TV, it’ll be the parents of a friend at school or a couple in the park or a billboard down the road. We can’t stop our children becoming aware of the reality of same-sex relationships, but we can disciple them in the way of Jesus rather than the way of the world.

The brief inclusion of a same-sex relationship in Lightyear provides a great opportunity to talk to children about love, relationships and following Jesus. And having that conversation after watching a film is probably easier than waiting until your child comes home confused as to why a friend at school has two mums or two dads.

Here are three truths we can talk about with even our youngest children:

2. Some people want to marry a man, some want to marry a woman – this one might be controversial, but it’s important for children to know. When I became aware that I’m same-sex attracted, I had no idea what was going on. I was such a sheltered Christian kid that I didn’t really even know some people are gay or same-sex attracted. Because of that, I just kept quiet and wrestled with this big secret on my own for many years. It would have been easy for me to believe that because of who I was attracted to Jesus couldn’t love me and wouldn’t want me to be his friend. How we talk about this and how we explain it theologically will be different for children of different ages, but it’s an important thing for them to know.

So, as controversy rages over Lightyear, should we boycott it and keep our children from it? I’m not sure we should. But we should recognise that most films have a message they are trying to communicate. We need to learn to identify those messages and help our children to think about them carefully. And we can take the opportunities that a film like Lightyear gives, opportunities to disciple children in the way of Jesus.

Andrew Bunt is Emerging Generations Director for Living Out. Living Out exists to encourage Christians who experience same-sex attraction, equip churches to care for them better, and evangelise the wider world with the better story the Bible tells us about sex and relationships.