Blessing and cursing on the playground? How to keep your child’s language on track 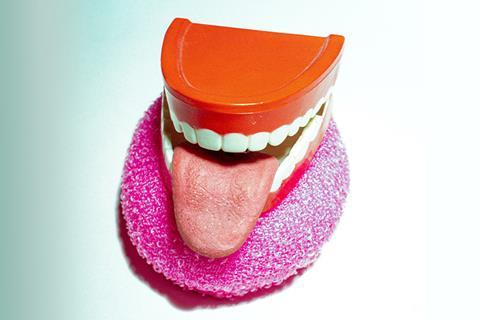 “This new playlist is a whole vibe, Mum. Absolute fire.”

I nodded as I ate my porridge.

“Mum this track is so leng Mum. Innit.”

I love language. I’ve always been a fan of words. I studied English literature and drama because I love the power of words, both written and spoken. I’m fascinated by new words and their origin or ‘old’ words that gain new meanings.

Language changes at such a rapid rate, driven in part by new slang that appears in TV shows like Love Island. This morning number two teen asked if we could listen to their favourite track in the car (again) and number one replied: “You’re such a Becky Hill stan.” Although they’d not watched the show, this phrase popularised on it had become part of their language.

So, what do we do as adults raising children? Should we study the Urban Dictionary each night and slip the latest words into our conversation as seamlessly as possible? Or insist on only received pronunciation with no abbreviations or slang allowed?

The truth is that neither extreme is that helpful.

But what about when it’s not just a new turn of phrase but the language is offensive? What’s the line on swearing in your home? Do the rules apply to anyone who comes into the home, regardless of their background or beliefs?

What about when our children sing or rap along with lyrics that they might not fully understand, but we’re deeply uncomfortable with the subject matter? Does that matter?

When ‘Gangnam style’ was popular my kids would sing along with the refrain “Hey sexy lady” except they thought the lyrics were “Hey such a lady” and I didn’t correct them!

The Bible talks about the power that our tongues have. Proverbs 18:21 tells us that our words have the power of life and death in them. In James 3, the power of the tongue is likened to a small spark that can set a forest on fire.

What we say matters.

What is said in our homes matters.

“Do not let any unwholesome talk come out of your mouths, but only what is helpful for building others up according to their needs, that it may benefit those who listen” (Ephesians 4:29).

The instruction in this letter to the church in Ephesus is to not allow anything ‘foul or dirty’ (as The Message puts it) to come out of our mouths.

But the instruction doesn’t end there.

Instead, we are to use words to encourage, build up, to help and speak life – ‘each word a gift’ (The Message once again).

It’s too easy to focus on ‘don’t do or say this’, which can become another battleground and something else for our teenagers to want to push against.

Perhaps we should think less about rules and hard lines, and more about relationships and creating a culture in our homes and families that brings life, truth, joy and encouragement in order that this draws others in.

I want my kids to avoid language that tears down, gossips, is misogynistic or racist or that cheapens sex and relationships because I want them to be people who build up, encourage, speak life and hope to a world so desperately in need of those things. That’s who I want to become too. Someone who reflects God whose image I was made in.

So, you’ll find me ignoring the odd *!?# said in frustration and concentrating more on developing a vernacular full of love, trust and grace that extends beyond the walls of our home.

Yes, we’ll make choices about where the lines are for us and talk as a family about why those lines are different for some of the people who might come into our home. Yes, we’ll hold that line firmly when we need to and with grace when that’s most needed. Or we’ll all agree to try our best!

And I promise that I will never describe anything as a ‘whole vibe’ (especially in the presence of my teenagers).