By is the editor of Premier Youth and Children's Work, head of Youth Apologetics at Premier and a contributor to Hope Rising 365 (SPCK), a devotional for girls and young women. 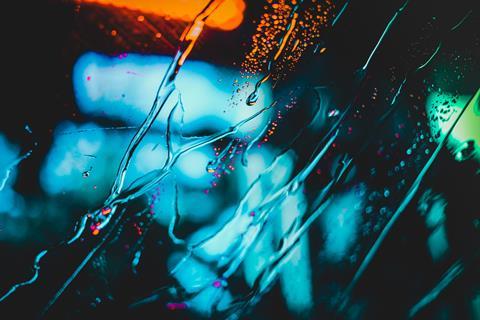 Clearly we’re fascinated by paranormal activity, but are ghosts actually real? And if so, what are they and how should we feel about them? Christian opinion is divided on these questions. So, what does the Bible have to say about ghosts? Well, surprisingly, quite a lot.

Numerous passages imply that death leads only to an afterlife, with no reference to earthly ghostly visits (Hebrews 9:27, 1 Corinthians 15). However, in the book of Job, one of Job’s friends, Eliphaz, claims to have been visited by a ghostly figure: “Fear and trembling seized me and made all my bones shake. A spirit glided past my face, and the hair on my body stood on end. It stopped, but I could not tell what it was. A form stood before my eyes, and I heard a hushed voice” (Job 4:14-16). Was Eliphaz lying to make his point seem more credible? Was he visited by the soul of a dead person? Or was it an evil spirit?

In 1 Samuel 28, King Saul consults a medium to summon the dead prophet Samuel. When he appears, Samuel is angry with Saul and his behaviour is not condoned. Various other passages in the Bible also condemn such activity eg Isaiah 8:21 and Deuteronomy 18:10-11, which says: “Let no one be found among you… who practices divination or sorcery, interprets omens, engages in witchcraft, casts spells, or who is a medium or who consults the dead.”

Some have suggested that Elijah and Moses appeared as ghosts alongside Jesus at the Transfiguration (Matthew 17), and Jesus himself is mistaken for a ghost on numerous occasions (Matthew 14, Luke 24). There is an understanding of ghosts in the Bible, but the general consensus seems to be that, whether they are evil or merely souls with ‘unfinished business’, these spirits and the power to summon them are not to be trifled with (Ephesians 6).

While some ‘ghostly visits’ may be explained away by an overactive imagination, a trick of the light or as part of a grieving process, one in five Americans claim to have seen a ghost (CBS news poll), so surely we cannot entirely dismiss them.

A key question is, why are so many of us drawn to spooky things? Where does our fascination with things outside our understanding and control come from? Were we, perhaps, created with an innate knowledge that there’s more to life than meets the eye?

With Halloween approaching, it’s easy to be fearful of ghosts. But one thing that is clear throughout the Bible is that, no matter how powerful other spirits are, we don’t need to worry because nothing is as powerful as God’s love for us (Romans 8).