Was Jesus a magician?

“He behaved like one. So does that mean he just did tricks?” 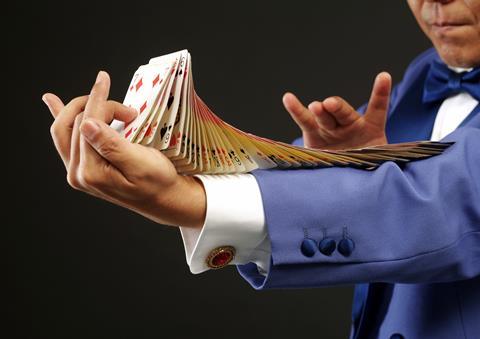 “Was Jesus a magician?”

“He behaved like one. So does that mean he just did tricks?”

“I think Jesus’ miracles are different from magic though.”

I vividly remember seeing illusionist and mentalist Derren Brown performing his stage show Miracle. Mimicking a televangelist faith healer, he somehow managed to reproduce many of the things you might see at church. People with injuries were healed and some were even ‘slain in the Spirit’.

But he says there was nothing supernatural going on. All the apparent miracles were produced through a combination of suggestion, hype, hypnosis and plain old trickery. So has Derren disproved the miraculous? And why is he on a mission to do so?

Derren was a Christian in his youth but became an atheist in his early 20s. He claims that his stage show isn’t about critiquing genuine religious faith (he still has Christian friends). Rather, his target Is prosperity-preaching televangelists who con people out of money through the fraudulent practices he can recreate on stage.

And Derren’s right. Christians shouldn’t just blindly accept miracle claims. We are called to “test all things” (1 Thessalonians 5:21).But do his tricks show that genuine miracles don’t happen? Of course not.

The danger is that we can throw the baby out with the bathwater. There are plenty of cases of long-term miracle healing that don’t fit Derren’s explanations. These usually involve normal people and take place in unhyped circumstances. I have met many people (and I have no reason to believe they are lying) who have experienced miraculous healing first hand.

When I sat down with Derren to debate miracles I presented him with one such story. During a trip to Peru in 2001, my friend Alex witnessed an eyeball grow back in the socket of a man he and a woman had prayed for. Alex is generally a sceptical guy but he couldn’t deny what he had seen. Derren responded that even if he’s a genuine guy Alex could still be misremembering what really happened.

But evidence of miracles is not just story-based. Bible scholar Craig Keener has undertaken a massive research project cataloguing miracles from around the world in his two-volume book Miracles. In China, where the Church is growing explosively, some surveys estimate that 90 per cent of new believers mention healing as a reason for their conversion. It’s important to remember the number and range of miracles people claim to have seen.

Jesus was certainly known for his ability to heal, but he was also famous for his teaching and wisdom, and for the radical claims he made about being God. At the centre of Jesus’ story is the miracle of him rising from the dead. Many people assume it was little more than a half-remembered fable, but the followers of Jesus lived in a real time and place. They recorded experiences, wrote letters and left a mark in history.

Magic and illusion are about fooling people with clever tricks. There is no harm in enjoying these things as entertainment, but Christianity isn’t magic. It’s about a real God who came into a real time and place as Jesus to over-come death with real life so we can make a real difference in the world today.