​ Why do only two gospel writers describe the events of the first Christmas? 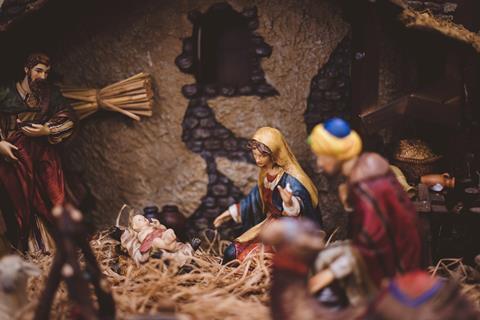 Forty years ago, I was studying Theology (and History) at university, and my New Testament Greek classes looked in detail at what were described as ‘the birth narratives’: the stories of Jesus’ arrival as a baby. Despite having been a Christian for a few years, I think it was the first time I had realised that only two gospels actually cover these stories. Mark and John make no mention of them whatsoever: no birth, no angels, no shepherds. We explored what the reason might be, and the answer, to a certain extent, is that we just don’t know: neither Mark nor John starts off by saying ‘I have decided to omit…’ Instead, however, there are clues in their writing to help indicate what they were prioritising, and so I learnt that Mark, who wrote the first gospel, was a man in a hurry, describing a Jesus in a hurry. Mark keeps saying ‘at once’: he wanted to get on with it, to say what Jesus had done. He concentrates far more on His actions than on His teaching, particularly on exorcisms and miracles, and also devotes a third of his gospel to the last eight days of Jesus’s life, crowned by the resurrection. To him, Jesus’ origins were less important than the impact of His life: while His resurrection underlined that God had sent Him and sanctioned everything He had said and done.

John’s gospel takes a very different approach. Believed to be the last gospel to be written, he was probably aware of the other three (and those that didn’t make the New Testament at all) and wanted to do something different. John wanted to go back, way before the birth, to the creation of the world, with his deliberate imitation of the opening bit of Genesis, to show that Jesus predated everything and was the one through whom ‘all things were made’. It is interesting also to notice that John gives us stories that appear nowhere else: without John’s gospel, there would be no woman at the well, no woman taken in adultery, and no wedding at Cana: the miracle that seems to have been performed to both save a family from embarrassment and to give those attending the wedding the chance of a very, very good time. The amount of wine produced by the miracle was enormous.

Having turned to Matthew and Luke, with their opening chapters devoted to the story of the birth of Jesus, they don’t tell exactly the same stories: once again there were different priorities. Luke tells us in his prologue that he sets out to find out everything he possibly could: so he sat down with his equivalent of a 1st century tape recorder and talked to all the eye-witnesses he could find and also includes the stories of individuals who were there but who, presumably, had since died, like Anna and Simeon, both old when Jesus was born. We don’t know who his sources were, perhaps Mary, the mother of Jesus, or someone to whom Mary had passed on all the things she had ‘treasured in her heart’. With Luke, there is even a feeling of just get it all down, and let the reader make sense of it. Matthew, on the other hand, appears to be specifically trying to convince the Jews that Jesus was their promised Messiah, so he concentrated on making every connection possible, however tenuous, between Jesus and His life and the Messianic prophecies of the Old Testament.

But is what I learnt forty years ago still accepted by modern theologians, or have other theories taken over? I asked Martyn Whittock, the author of Jesus: the unauthorised biography. He wrote ‘It seems that both Luke and Matthew (in different ways) felt the need to add a birth narrative to the earlier gospel of Mark, as part of their development of what they found there.’ He believes this may have been partly because Mark writes about God’s statement at Jesus’ baptism: ‘This is my Son with whom I am well pleased.’ It could have been argued therefore that Jesus ‘became’ the Son of God at His baptism. Much biblical writing, at least in the New Testament, is connected to what was seen as ‘wrong’ teaching, and is an attempt to counteract it, and there may have been those, Whittock suggests, who were arguing that Jesus had been just another human being until He was ‘adopted’ by God at His baptism. Matthew and Luke wanted to show that Jesus had been divine from the very beginning, and of course John then emphases that beginning was a very long time ago, as he writes about the Logos in his opening chapter.

Martyn also believes that more unites the four gospel writers than divides them: they wrote ‘with the same central aim of demonstrating the uniqueness of Jesus. For Mark, it is actions and teaching that define Jesus. John must have been aware of the other gospels, or at very least the birth narratives, and decided to give an even bigger picture.’ But what they all wanted to do, each in his own way, was to say ‘Our lives have been forever changed by this unique individual, Jesus, by what He said and what He did and who He is, and He can change your life as well.’

Ali HullAli Hull is a freelance writer and editor