A Christian convert in an ancient church

Reflecting on poet and author Paul Kingsnorth’s recent conversion to Eastern Orthodoxy, Harry Howard explains why his own journey to faith has also led him to an ancient form of Christianity. 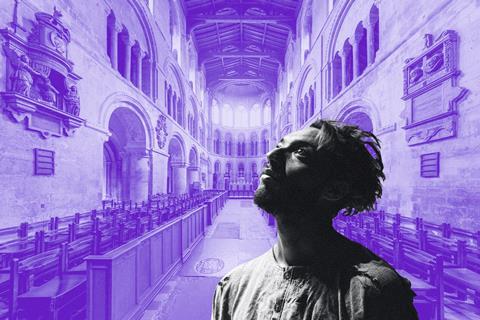 I remember the assemblies vividly.

We would all sit cross-legged on the chequered floor of the hall of our primary school, peering up at the head teacher or the boring, balding vicar, who visited a few times a year, as they said something about Jesus.

Standing at various points around the side of the hall would be our stern middle-aged teachers, acting as sentries as we absorbed the wispy vapours of an ancient culture that was clinging on for dear life.

The Lord’s Prayer, which we all recited thoughtlessly, was in the King James form: “Hallowed be thy name…thy will be done…for thine is the kingdom” that is now so unfashionable.

We would sing all the classic English hymns too, albeit with a few more recent ones thrown in. Passages from the Bible were read out to us. Noah’s ark and the parable of the good Samaritan were covered more than a few times.

I do not remember ever thinking why we did all this. It just seemed very normal. These were stories we were being told, just much older and less exciting ones than those that we picked off the shelves during reading time after lunch.

Church visits with the school were regimented, twice-a-year occasions where we were more focused on the end of the service than what was being said during it.

“‘You don’t need God to be good’ was my mantra” 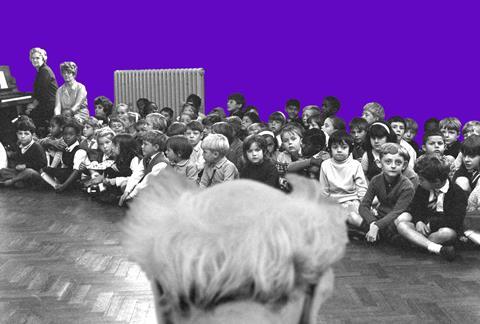 An atheist is born

These thin strands of what you might call culture did absolutely nothing to stop me from becoming, by the age of 16, a rabid atheist. Author and poet Paul Kingsnorth outlined in his Big Conversation with former Archbishop of Canterbury Rowan Williams how, as a child he too had memorised the Lord’s Prayer and knew the Gospel stories, but that it all felt like a ‘hang up’ from a time when people actually believed this stuff.

That is exactly how I felt.

Spurred on and inspired by my dad’s forthright anti-God views, I forged what I thought was a sensible view of the world: “You don’t need God to be good” was my mantra. How could anyone look at the atrocities committed in the name of religion – highlighted so cogently by Christopher Hitchens and Richard Dawkins – and not feel that belief was to blame?

A Christian friend whose mum sang along to songs about Jesus in the car was a regular object of ridicule. I remember upsetting my own mum by expressing my forthright opinions about the Bible and the nonsense that I thought it contained. She, a firm proponent of the view that Christianity had forged our culture and values, could not find a way of shaking me from my view.

All the way up until midway through my 18th year I fostered views about religion and God that I thought I would hold for life. It just seemed like common sense.

A brain tumour diagnosis at the age of 17, which forced me to redo my final year at school, only seemed to confirm what I already believed: that there was no such thing as ‘fairness’ in life, that stuff ‘just happens’. How could a God who supposedly cared about us let such a thing happen?

“Suddenly the existence of God seemed not just possible but probable”

A convert is created

But then, when I was most of the way through my repeated Year 13, my politics teacher – a Muslim – destroyed my world view in the space of less than an hour.

Having been challenged to explain a well-known philosophical argument for the existence of God, he did so in such simple terms that I could not do anything but sit and listen (and record the whole thing).

I walked out of that room realising that a finite universe with a beginning – as nearly all cosmologists agree is the case with our own – makes no sense without some ultimate first cause. The vapid atheism that I had so ardently propounded no longer made sense to me. Suddenly the existence of God seemed not just possible but probable.

Yet that was just the beginning of the journey. It took me another four years of searching before I would become a practising Christian.

I read books such as The Language of God by Francis Collins (a recent guest on The Big Conversation alongside famed atheist Richard Dawkins). This reading in turn pointed me towards CS Lewis’ Mere Christianity. The beauty and simplicity of that elucidation of what it means to be a Christian pushed open the door further.

Realising that the accounts in the four Gospels are some of the best attested in the ancient world did a lot to sway my analytical mind too. I’m very much a head rather than heart person and was reassured by the fact that the evidence for what Jesus is believed to have said and done was credible. 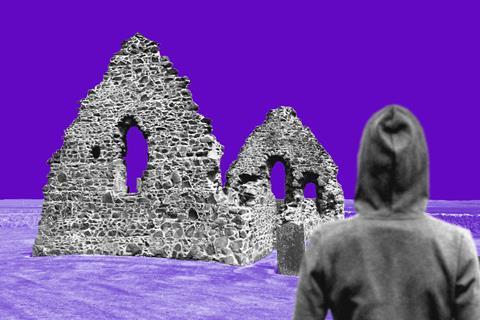 A young person in an ancient church

When I was at university, it was after attending a charismatic evangelical style of church – the type that runs entirely counter to my quietly conservative disposition – that I decided to start calling myself a Christian.

Perhaps it was the presence at that church of so many signs of modernity – guitars, drum kits, T-shirts and cans of fizzy drink with straws sticking out of them – that gave me the final push I needed towards a much older form of Christianity.

At the 900-year-old St Bartholomew the Great – the oldest church in London – I encountered the relics of English faith at a time when collective knowledge of them was continuing to diminish.

The mysterious elements of the 1662 Book of Common Prayer and the King James Bible finally satisfied my yearning for something beyond the emptiness of popular culture.

As Kingsnorth put it in his conversation with Rowan Williams, religion should be otherworldly rather than trying to compete with modernity:

“I think that actually the church, rather than asking itself how can it get there into the modern world and talk to people – which it’s been trying to do since the 60s with largely catastrophic results, I think – should be saying: ‘What’s the truth of this?

Isn’t that its point? If we want popular culture, we can get it outside the church door. We don’t need it inside as well. It is why Kingsnorth found a home in the Romanian Orthodox Church, and why I discovered the same in the Anglo-Catholic high church form of faith practised at St Barts.

“If we want popular culture, we can get it outside the church door. We don’t need it inside as well”

Sometimes the church is also the building

For a lover of history like myself, there is also something quite incredible about worshipping in an ancient space. It is of course true that the church is the ‘people not the building’ – words that some seemed to enjoy repeating during the dark days of the coronavirus pandemic when places of worship were closed.

Archbishop of Canterbury Justin Welby was making that point when he chose to deliver his Easter Sermon from his kitchen in 2020, even though there was a 13th century chapel lying empty beneath him.

But it is also true that an old church building is deeply connected with the people who have worshipped in it. Hundreds of thousands of souls who – in the case of St Barts – have poured out their worries before God over the course of nearly 900 years. There is something other-worldly about being in such a space.

I’ve been helped in my journey by coming to understand too just how much our culture rests on Christian assumptions. Even when I was an ‘atheist’, I was just a cultural Christian who did not understand the origins of their beliefs and presuppositions about the world. Tom Holland’s book Dominion explains this point beautifully.

These days, Chesterton’s maxim has proven to be true: if you strip away God, people do not then believe in nothing but instead will believe in anything. Even if Christianity does continue to decline in the West, I feel much more comfortable anchoring myself to what I believe to be true than I would be grappling for meaning in a culture that has lost its way.