Prayer for woman paralysed by bison

A church in Surrey is praying for a 19-year-old woman after she was left paralysed in a bison attack. 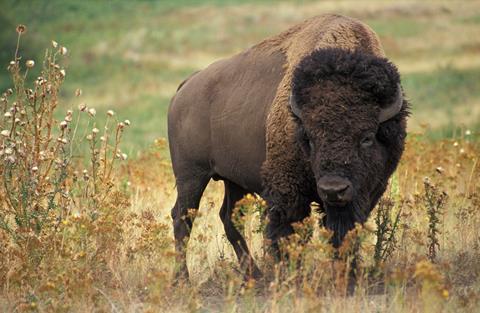 Amelia ‘Mia’ Dean, who is the daughter of a hospital chaplain and layreader at Christ Church in Brockham, was on a gap-year trip to South Dakota.

Rev Jonathan Willians, the vicar at the church, said the whole village had been praying for the British student.

“Mia nearly lost her life”, he told MailOnline. “We’ve all been praying for her and thinking of the whole family since we heard what happened.

“I just hope Mia gets the help she needs.”

The bison struck her femoral artery before throwing her 15 feet in the air.

A keen dancer, Mia is now paralysed from the knee down due to nerve damage in her left leg; she has no feeling in her foot.

She’s being treated at Rapid City in South Dakota.

Speaking from her hospital bed, she told KOTA TV: “I remember feeling the pressure on my hip, my hip being pushed back and I remember the sensation of flying in the air and going head over heels.

“It’s a miracle I even lived until the ambulance got there, let alone kept my life and my leg.

“I can’t walk without a walker or crutches. I can’t walk very far. About 20 metres and I’m done, for a long time.”

Mia and her friend had been walking around a reserve when the attack occurred; after descending over a hill, they saw a male bison grazing. They considered turning back, but didn’t because they were feeling dehydrated and were almost home.